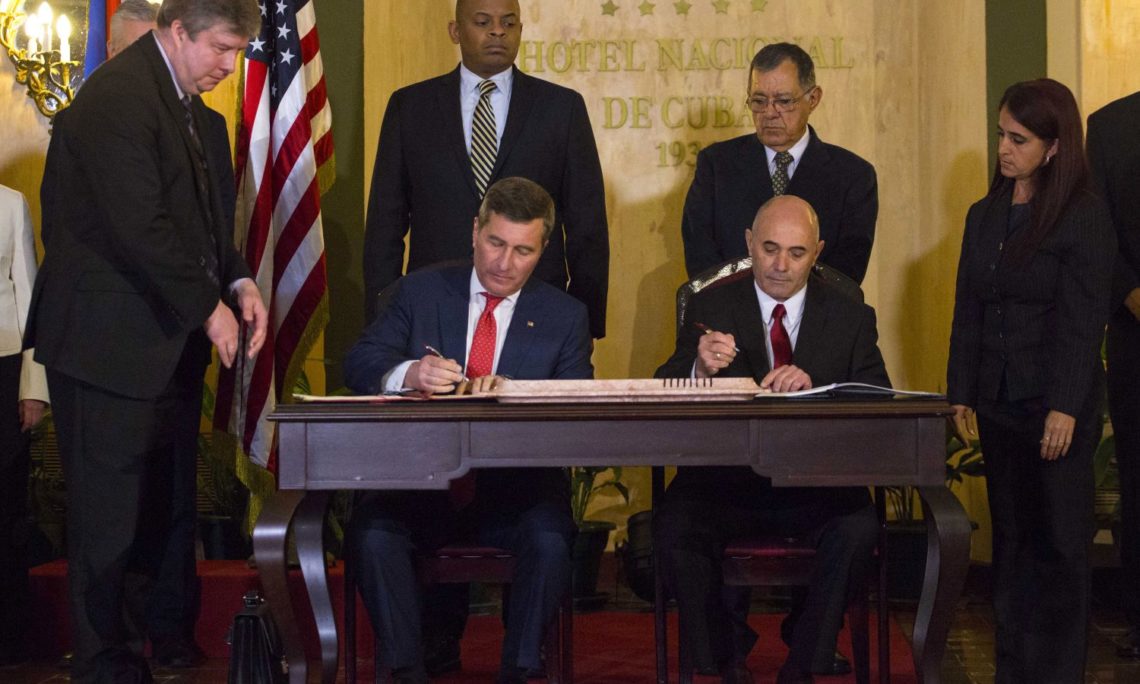 Thank you to the Government of Cuba for hosting us today. And thank you to Minister Rodriguez, IACC President Cordero and Secretary Foxx for being here to sign this important aviation arrangement between the United States and Cuba.

On behalf of Secretary of State John Kerry, I am delighted to be here today, as our two governments take a bold and significant step further along the remarkable path that we’ve traveled over the past year – a year that has seen the reestablishment of diplomatic relations and so much more.

As Secretary Kerry said when he came to Havana last August to raise the U.S. flag at our Embassy, “We are here today because our leaders… made the courageous decision to stop being the prisoners of history and to focus on the opportunities of today and tomorrow.”

And, that is exactly what we are doing now – focusing on opportunities, focusing on the future. By restoring scheduled air service between our two countries, our governments are creating more opportunities for Cubans and Americans to engage with one another in the years to come.

Around the world, we have seen that expanding air travel strengthens cultural and economic ties between countries. And that will certainly be true here, as well.

Even as the two sides were negotiating this arrangement, we saw a significant increase in the number of authorized U.S. travelers to Cuba due to the policy changes of the past year.

For example, recent U.S. regulatory changes in January made it easier for airlines from both countries to enter into commercial arrangements, such as code-sharing and aircraft leasing. With our new arrangement, we expect the number of travelers between our countries to grow even faster. That will benefit the people of both Cuba and the United States.

I am also pleased to note, that with this arrangement, our two governments reaffirm our commitment to cooperation on aviation safety and aviation security matters.

Reestablishing a strong and vibrant aviation partnership after 50 years is understandably a complex and challenging task with many legal and logistical obstacles to overcome.

In that respect, I thank and commend the representatives of both governments, who have worked diligently since the first round of aviation talks last March. They have demonstrated outstanding cooperation and determination to make progress on behalf of the people that they serve.

On the United States’ side, I am proud of the hard work of an interagency team from the Departments of State, Transportation and Commerce.

As Assistant Secretary of State for Economic and Business Affairs, it is an honor to have a role in cementing such an important milestone, marking both of our governments’ new approach to our bilateral relationship.

In my position, I hear often from U.S. businesses and consumers. And I know that they are unquestionably excited about the new opportunities for exchange that today’s arrangement will facilitate. They, too, are ready to embrace our new shared future.

Again, I would like to thank our gracious hosts. All involved in today’s endeavor should be very proud. I look forward to seeing the first scheduled flights begin in the near future and to all of the further opportunities for cooperation that will arise in our relationship. Thank you.