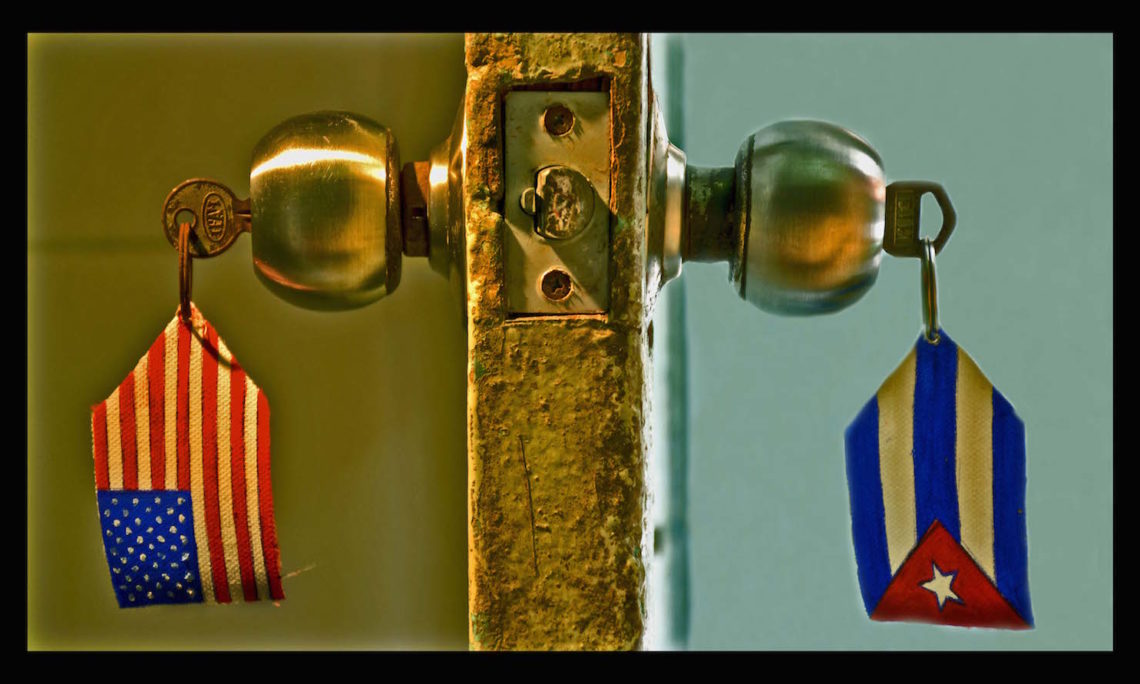 July 20, 2016, marked the one-year anniversary of re-established diplomatic relations between the United States and Cuba. The historic breakthrough has allowed us to more effectively represent U.S. interests and values in Cuba. After more than five decades of isolation, mistrust, and tension, we are working government-to-government and people-to-people to rebuild our relationship.  The United States is committed to continuing to work through the problems of the past, addressing head-on the issues of today, and searching for areas of mutual interest and cooperation for the future.

The door was closed, but we have been working hard to loosen the hinges that have limited economic, cultural, and educational exchange between the U.S. and Cuban people.  Our engagement approach is working, and the United States and Cuba have made significant progress on environmental protection, transportation,  agriculture, public health, and law enforcement. None of this, including the strengthening of ties with the Cuban people, would have been possible without the re-establishment of our diplomatic relations.

So, what have we achieved? Please allow me to highlight some of our accomplishments over the past year:

July 2015: In addition to re-establishing diplomatic relations, the United States and Cuba re-opened our respective embassies in Havana and Washington, D.C. on July 20.

August 2015: Secretary Kerry traveled to Havana to raise the U.S. flag at Embassy Havana for the first time since 1961.

November 2015: The United States and Cuba signed a joint statement on environmental protection and a Memorandum of Understanding on marine protected areas.

February 2016: A Cuban female entrepreneur participated as one of 24 young professionals from Latin America and the Caribbean in the 2016 Young Leaders of the Americas Initiative (YLAI).

April 2016: Secretary Kerry traveled to Miami to engage Cuban-Americans in the normalization process.

May 2016: Cubans warmly welcomed the first cruise ship from the United States.  While tourism is not permitted under the embargo, there are categories of authorized travel by which U.S. persons can visit Cuba and engage the Cuban people.

June 2016: The United States and Cuba signed an agreement for cooperation in public health that will help facilitate cooperation against diseases that do not recognize borders, such as the Zika virus and cancer.

These accomplishments and many others underscore the progress we’ve made. However, much remains to be done, especially on the more challenging issues in our bilateral relationship, including human rights, claims, and the return of fugitives. These are top policy priorities, and we will continue to discuss these matters directly with the Cuban government.  Looking ahead, we have an enormous opportunity and responsibility to the American and Cuban people, and very much look forward to widening the door of our relationship to that of a normalized relationship at some point in the future.  In the meantime, sigamos Adelante — let’s move forward.

About the Author: Mari Carmen Aponte served as Acting Assistant Secretary in the Department of State’s Bureau of Western Hemisphere Affairs.