Home Página Inicial | News & Events | A Historic Day in Cuba as First Scheduled Flight from U.S. in Over 50 Years Lands 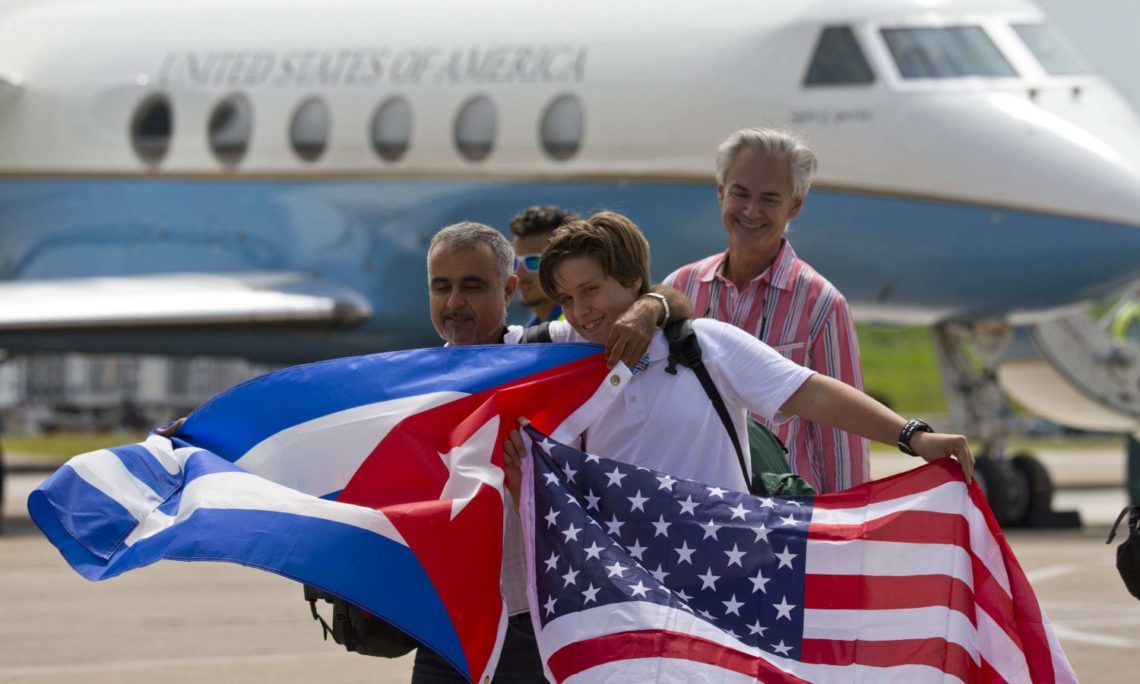 Today, I was honored to be part of a historic occasion — arriving in Cuba on the first scheduled flight from the United States in over 50 years, a JetBlue Airways flight from Fort Lauderdale to Santa Clara.

In addition, I am excited to announce that Department of Transportation (DOT) has finalized its selection of eight U.S. airlines to begin scheduled flights to Havana as early as this fall.

Today’s actions are the result of months of work by airlines, cities, the U.S. government, and many others toward delivering on President Obama’s promise to reengage with Cuba.

Earlier this summer, DOT announced the approval of six U.S. passenger airlines and one all-cargo airline to serve cities in Cuba other than Havana.  The additional carriers are expected to begin flights to those cities shortly.

Following a historic arrangement between the U.S. and Cuba to re-establish scheduled air service, a dozen U.S. airlines applied for the chance to operate scheduled passenger service to Havana.  Collectively, the airlines applied for nearly 60 flights per day to Havana, exceeding the 20 daily flights made available by the arrangement between the two governments.

DOT’s main objective in making its selections was to maximize public benefits, including choosing airlines that offered and could maintain the best service between the U.S. and Havana.

In addition, the decision allocates nonstop Havana service to areas with substantial Cuban-American populations, as well as to several aviation hub cities.

While today’s announcement is an exciting step in the Obama Administration’s historic effort to normalize relations with Cuba, please remember that travel to Cuba for tourist activities remains prohibited by law, and travelers need to fall under one of 12 categories authorized by the U.S. Department of the Treasury’s Office of Foreign Assets Control (OFAC).

Transportation has a unique role in this historic initiative, and DOT looks forward to the benefits that these new services will provide to those eligible for Cuba travel.

About the Author: Anthony Foxx served as the U.S. Secretary of Transportation.